This is another pattern that I designed in my head years ago. I’m not sure why it took so long for me to make it. I wanted a cowl that fit snug all the way up my neck and then flared out at the bottom so it could tuck into my coat. Then I liked the idea of a bit of ruffle/flare at the top as well, just to look pretty. In the pattern notes I explain how to make Claire’s Cowl without the top flare, and how to make the bottom longer if you have a deeper neck on your coat.

The yarn used in this pattern was provided by King Cole.

Getting Started:
Use a stitch marker to mark the end of the rounds.
Start with Color A and change colors every round.
If you would like to make the cowl without the flare on top then just cast on 60 sts and begin on round 7.
If you would like the neck to be taller, repeat round 21 until your desired height.
If you would like the bottom flair to be longer, then after round 33 make every even round a knit all round, and continue the increase rounds on the odd rounds in the same manner as established. End with an odd round then finish starting back up at round 34.

Weave in all ends. Gently steam block the top few rounds and bottom few rounds, taking care not to steam the ribbed section.

Wear or give and enjoy!

If you enjoy this free knit pattern, please consider buying some of your supplies from one of these affiliate links. Thank you.

If you liked this pattern, take a look at these! 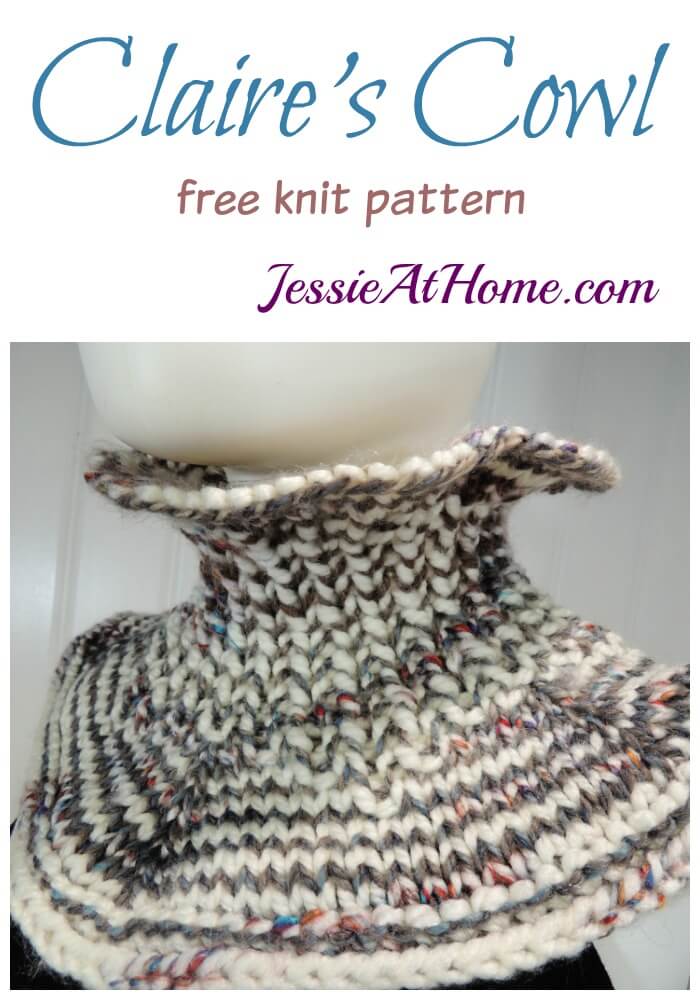