This knit hexagon wrap starts in the center with a flower and then grows into a hexagon. Two sides on one half and two sides on the other then expand outwards to lengthen the wrap. This is an intermediate pattern because of the central flower. Once the center is complete, the knitting becomes quite easy!

At the end of this pattern there is a chance to win the yarn used in the Hexed Flower wrap, in addition to a yarn bowl. Giveaway ends 11/3/19

The yarn for this design was provided by Darn Good Yarn. All opinions are my own.

Getting Started:
Round/Row counts are at the end of each row after the period, if the count has changed from the previous round. – {count here}
Colors are worked in alphabetical order and then repeated, every time “Change Color” is noted in the pattern, switch to the next color in the order.

Set up round for Outer Hexagon

Set up for Sides

Pick up all sts and marker from stitch holder(s) and repeat First Side making sure that first row is worked as a wrong side row.

Wear or give and enjoy!

Now how about that giveaway? The winner will receive the Darn Good Yarn DK Weight Naturally Herbal Dyed Recycled Silk Yarn Pack in Vintage Rose and a yarn bowl like the one in the image above.

To enter the Darn Good Yarn Silk Yarn and Yarn Bowl Giveaway you must be at least 18 years of age and have a valid shipping address in the USA or Canada. The giveaway ends at the end of day eastern time on November 3, 2019. Winner will be contacted by email and will have one week to reply with a valid shipping address or a new winner will be chosen. Void where prohibited. Any personal data collected on this entry form will be used solely for the purposes of administering this giveaway.

If you are going to make this knit hexagon wrap, then get some supplies from these affiliate links.

If you liked this knit hexagon wrap pattern, then take a look at these! 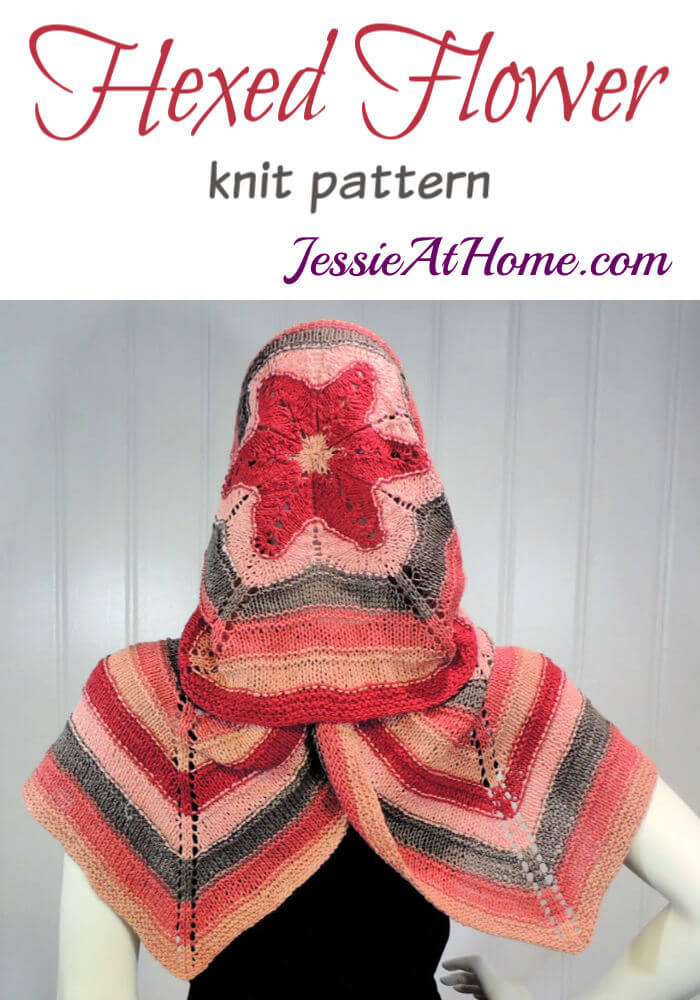