The Easy Origami Cup Tutorial will be your best friend at your next party. It can work as a snack cup, be filled for a goodie bag, and if lined with wax paper will even work as a drink cup. Change up the size of your starting square to change the size of your origami cup.

In the Easy Origami Cup Tutorial you will see both sides of the origami paper. Therefor it’s a nice idea to use paper that is a different color or pattern on both sides. Be sure to crease well after each fold.

Start the Origami Cup by folding paper in half diagonally.

Fold one short side flush with the adjoining long side. DO NOT crease the whole fold, only crease it were it meets the other short side, then unfold.

Fold the point opposite from the crease just made up to where the crease meets the side.

Fold the top layer of the top flap down.

Turn over and fold the other top flap down.

Turn over again. Open up origami cup by squeezing in sides and popping out middles.

If you liked making the Origami Cup, try one of these as well. 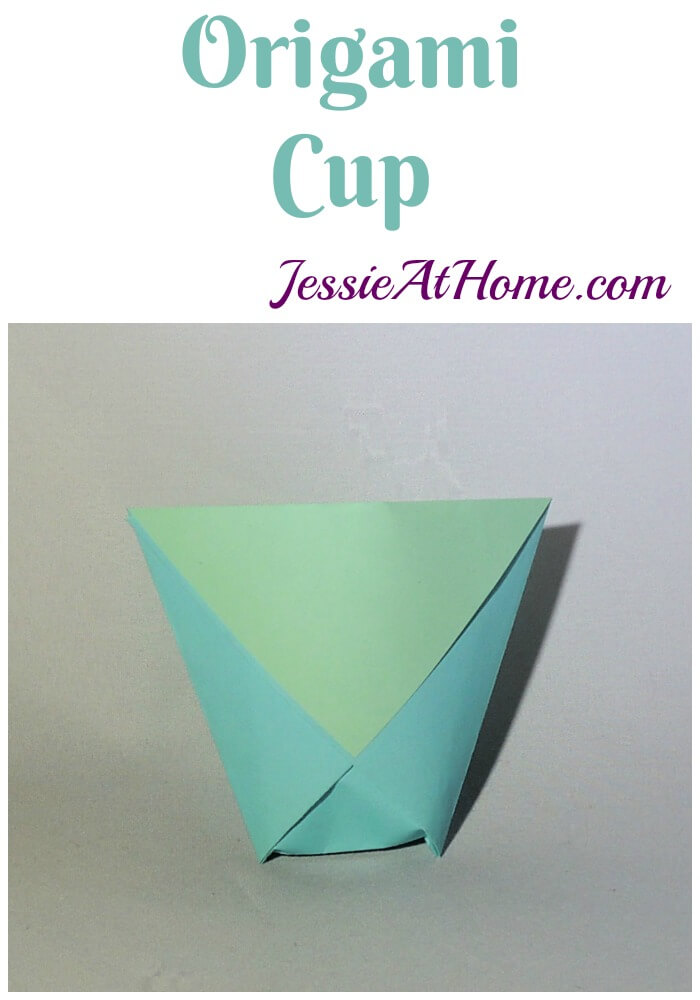