I made this hat for my fabulous photographer and babysitter. She wanted a slouchy hat in natural colors, and this was what I came up with. It is quite simple and a quick knit, great for bringing along with you if you need a project to take with you in waiting rooms or while traveling!

The brim can be left as is, or it can be folded up to make the hat a little less slouchy, and add extra warmth around the ears. I love wearing mine this way!

Work in rounds, be careful not to twist. Place a marker to indicate the end of the round.

Decrease Set up Rounds (by size):

Bind off, clip yarn leaving a long tail. Thread tail onto a yarn needle and thread it through all 16 bind off stitches, then pull tight to close the hole. Weave in ends.

If you enjoy this free knit pattern, please consider buying some of your supplies from one of these affiliate links. Thank you.

Did you enjoy what you found here at Jessie At Home? Then sign up for my newsletter and like my Facebook page, so you’ll get all the updates on new tutorials, other posts, sales, and coming events.

If you have any questions, want to share pictures of your work, or just want to chat with Jessie and other crafty individuals, than join my Facebook group. 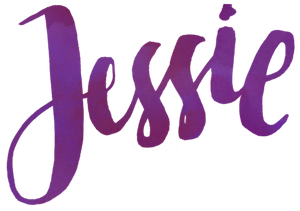 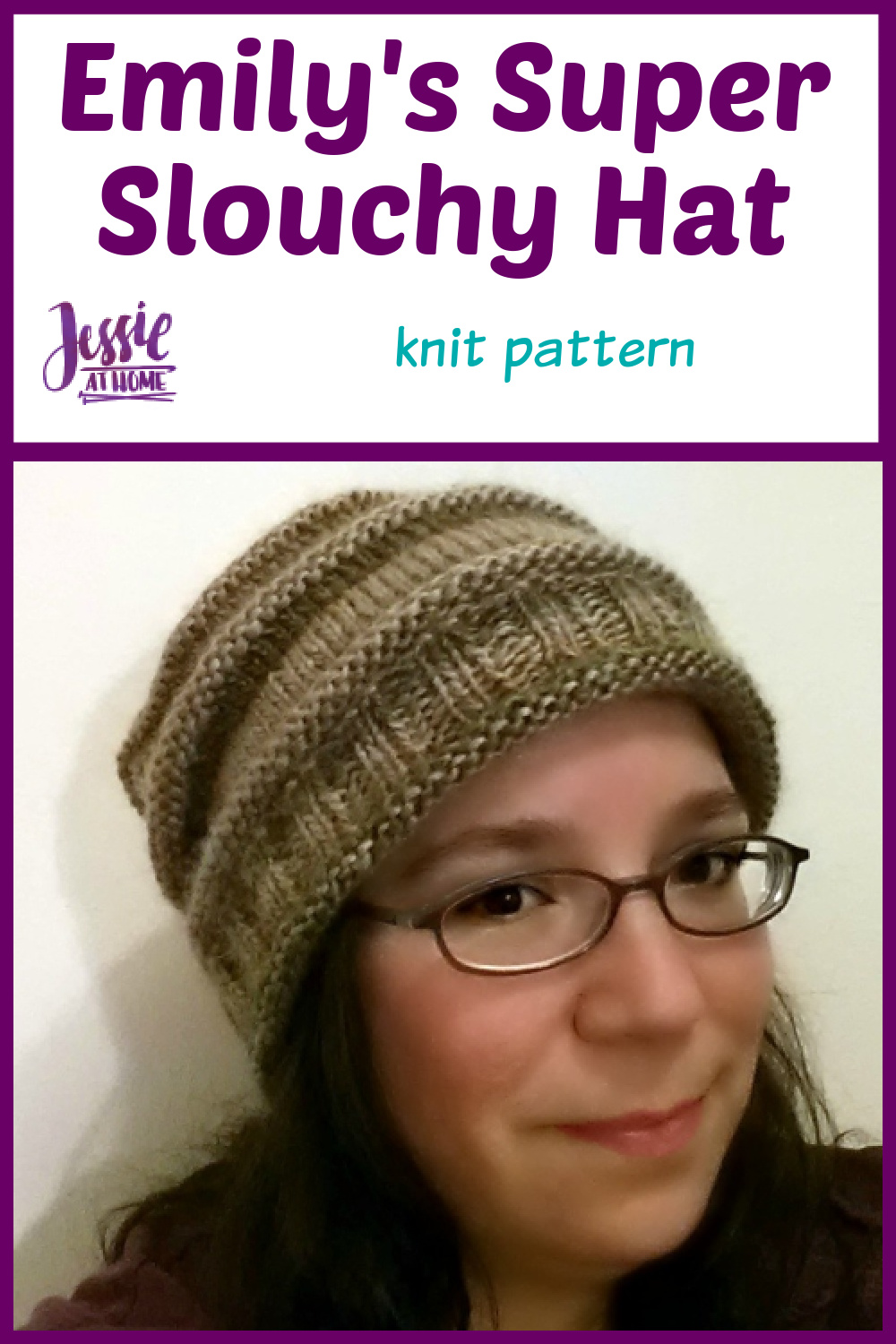 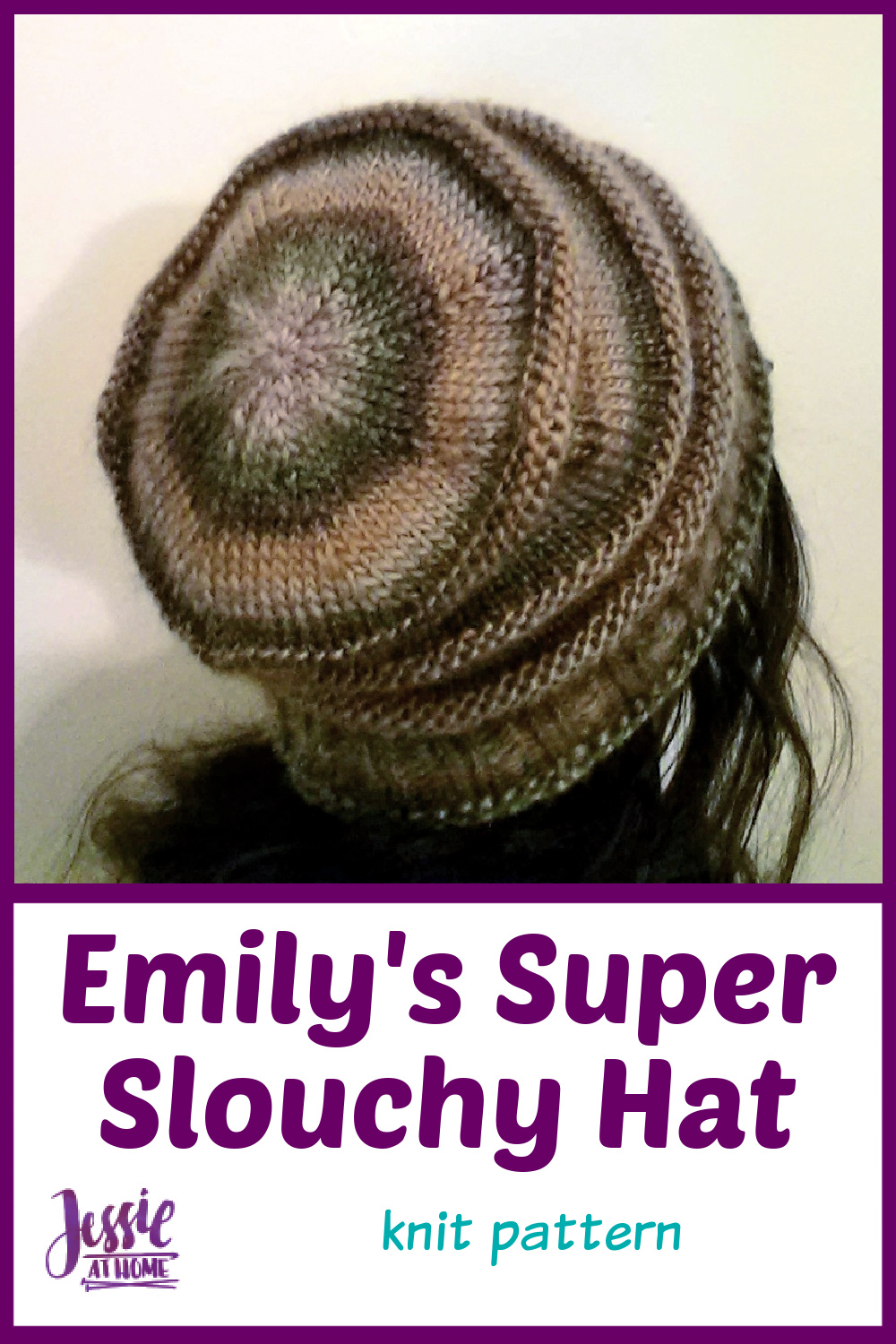 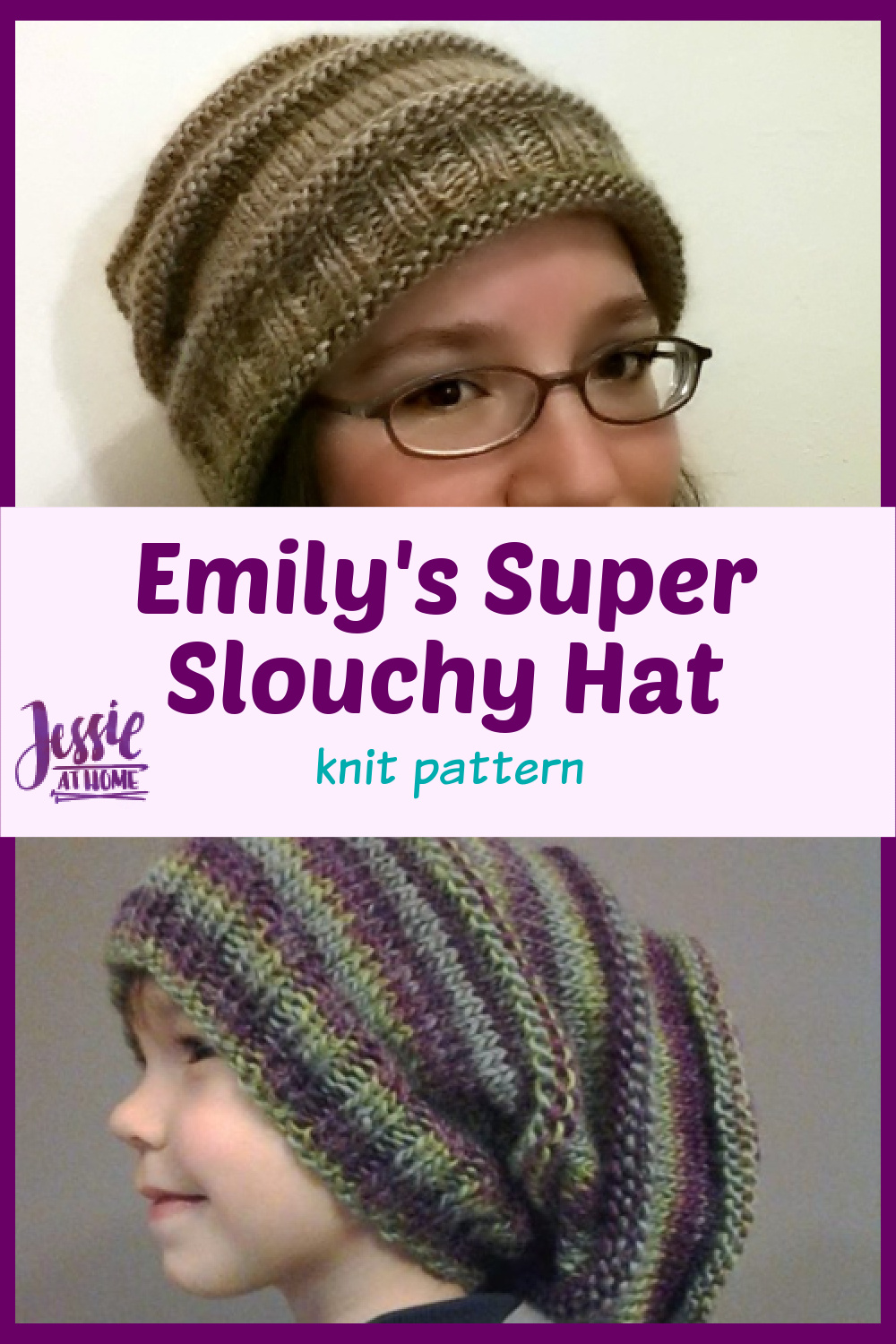 Want to get the latest posts from Jessie at Home delivered straight to your email?

Subscribe to the Jessie at Home newsletter! We'll send you the latest patterns and tutorials. We will never spam you, promise to never sell your email address, and you can unsubscribe at any time. 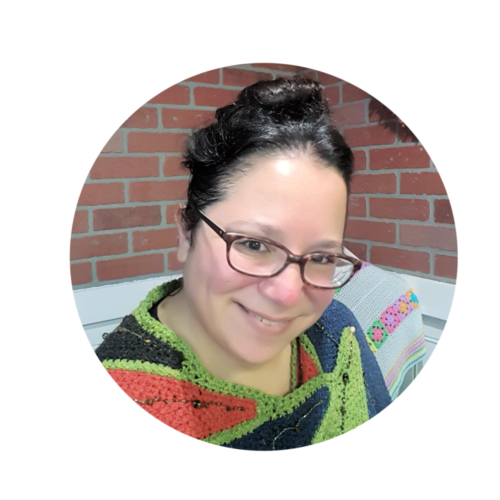